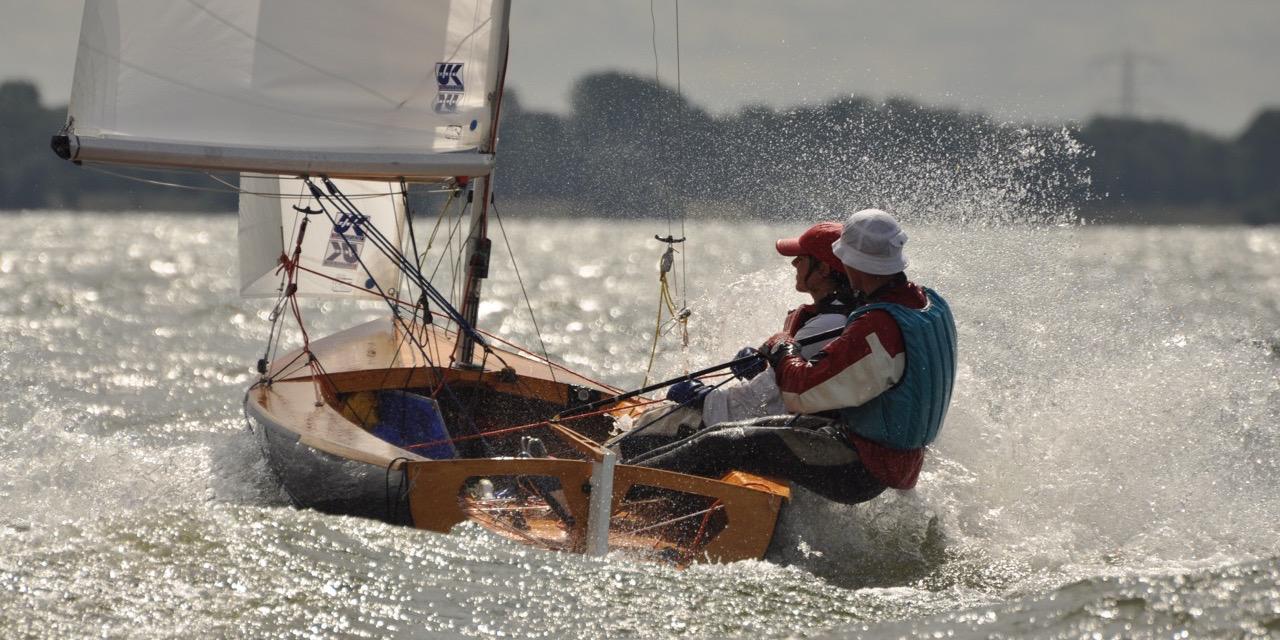 The first FJ was built of cold­molded wood, and was tested on the water in December, 1955.

The original purpose of the "Flying Dutchman Junior" was to serve as a junior trainer for the then new Olympic Flying Dutchman (FD). The FD is a much larger( 19'10"), faster, and more physical class than its younger sister. The FJ rules also allowed (and still allow) many of the same technical innovations as the FD, and the boat was (and still is) ideal to teach newer sailors the intricacies of tuning, mast rake and bend, etc. so important to top-level competitive sailing. 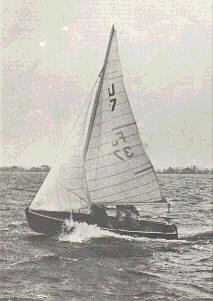 By the early 1970's, the Flying Junior was accorded the status of an International Class by the International Yacht Racing Union (IYRU)- pre-cursor to the ISAF.

Today (2000), the International FJ is sailed in Japan, Germany, Italy, Belgium, The Netherlands, and the USA.

The Class Rules of the FJ allow any deck design; Dusseldorp FJs utilised a doublebottom design, especially suited to open-water sailing. Note the open transom, allowing large amounts of water to escape almost as fast as it can enter the hull. These hulls were the fastest FJs for at least the first 15 years of the Class' existence. They are still competitive today.

In 1980, recognizing that the name "Junior" did not accurately describe the current usage of the boat, the International Class changed the name to "International FJ". 1980's included a larger spinnaker (from 80 sq. ft. to about 88) and allowed shape cut into the sail (the original spinnaker rules required it to be two flat planes of cloth). Under the new rules, the bigger size, plus spherical cutting of spinnakers give a much faster sail.

In 1990, the International Class added the trapeze for the crew, (added for the U.S. class in 1994). Officially, the crew must be at least 12 years of age to use the trapeze.

Under consideration, as of 1/1/00:a larger spinnaker, slightly larger main.